Shamrock Fighting Championships (Shamrock FC) has promoted action-packed professional mixed martial arts events since 1998. Based in St. Louis, Mo., Shamrock FC has held more than 330 events around the United States over the course of more than two decades. Many Shamrock FC fighters have fought in the UFC, and the organization holds a special partnership with Bellator MMA, where all Shamrock FC Champions are offered multi-fight contracts with Bellator MMA. 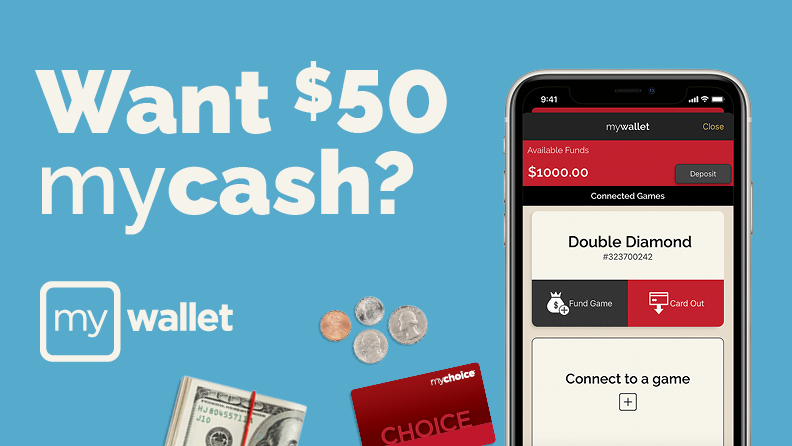 The most innovative way to play your favorite games is here. It’s cardless, cashless and connected!

Best of all, we’re giving you up to $50 in mycash when you download the mychoice app, establish a mywallet account and connect to any game!